Never miss an episode! Subscribe today and we'll deliver Groundwork directly to your inbox each week. 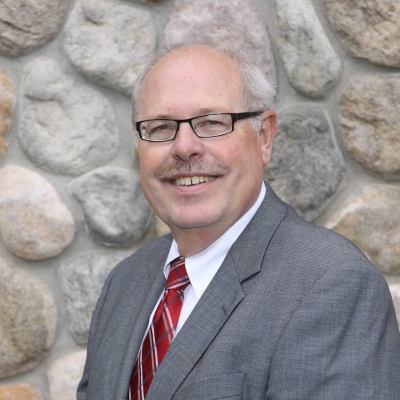 Rev. Bob Heerspink served along with David Bast as the original co-hosts of Groundwork. Bob was ordained a minister of the Word in the Christian Reformed Church of North America in 1979, and served four churches throughout west Michigan during 26 years in the parish. He was appointed the Director of The Back to God Hour (now ReFrame Ministries) in 2006. Bob authored several resources related to congregational stewardship, including the book, Becoming a Firstfruits Congregation. He was a regular contributor to TODAY, the monthly devotional of ReFrame Ministries.

God took Bob to his eternal home on Saturday, October 1, 2011, after a brief battle with cancer.

Memo to Self: Don't Forget God

When God Seems to Have Deserted You

Do you find yourself stewing over the seeming injustices of life, about why good things happen to bad people, or why some people seem to get all the blessings? What are we to think about such things? How are we to pray? The Psalmist helps us gain a biblical perspective on those questions.

When You Think the World Is Beyond Redemption

When Things Have Gone Your Way

Times of great rejoicing frequently follow times of great hardship. In times like these, we can feel overwhelmed by feelings of appreciation and thanksgiving. The Psalms can help us pray in these times when life has gone our way.

When You've Made a Mess of your Life

Sometimes guilt can overwhelm us and make us feel like we can never make our lives right again. So when you feel guilty and feel like you’ve made a mess out of life, turn to the book of Psalms for help.

The Songbook of the Bible

Have you ever been at a loss for words when you pray? Discover how the Psalms help us express our deepest human emotions as we study this songbook of the Bible.

Don't Keep the Faith; Give it Away!

Say the word "evangelism" and you'll see many different reactions on the faces of Christians. Why are there so many reactions to evangelism? Is it ever NOT appropriate to evangelize? How do we share our faith effectively?

Loving the Jerk Next Door

As Christians, we hear the commands "Love your neighbor as yourself" and "Love your enemies." So how far does that love stretch and what does it look like in practice? Do we include EVERYONE in our social circles? What if they can't be trusted?​

How should Christians respond or act to the war? Should we support it or what? If we aren't supposed to murder, why is it OK to go to war?

In a world with religious options, how do we know Christianity is true? Many of the moral teachings are the same, but are the religions the same? Study scripture with us to find assurance in these matters, and together we'll establish a solid foundation on which to cultivate our faith.

The Problem with Prayer

How does prayer work? Does it make a difference? Why should we pray for things to happen if God already knows what's going to happen? Dig into scripture to discover the value of prayer.